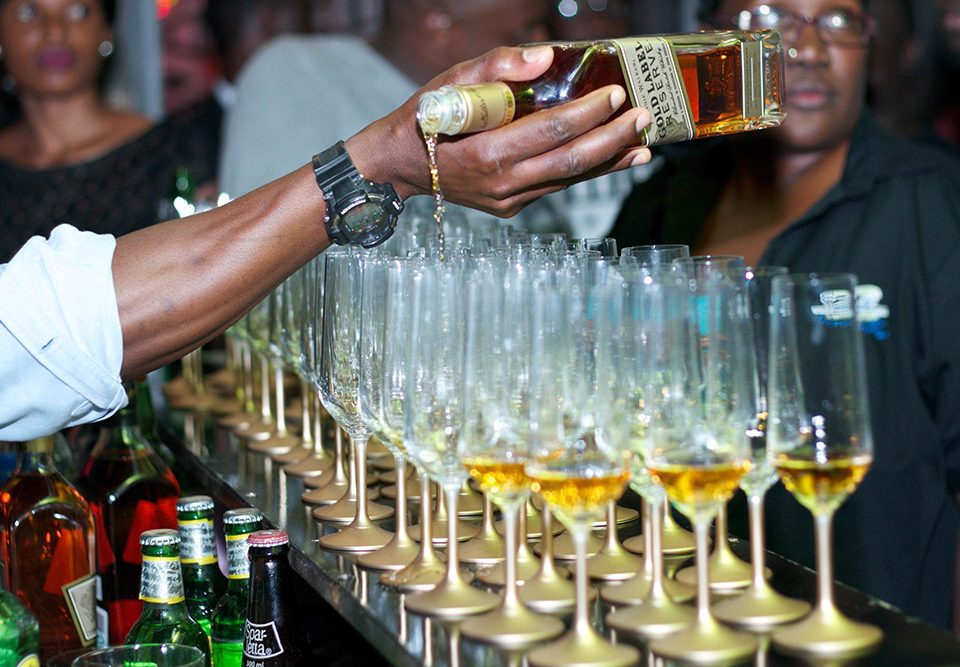 In honor of Scotland's gift to the world, Ugandans on Friday February 10, 2017 joined Scotch lovers world over to celebrate the inaugural International Scotch Day at Liquid Silk in Kampala.

The day invites people everywhere to raise a glass of Scotch whisky to celebrate a drink that's made to be enjoyed with good company, wherever and whenever.

In a statement, Ronan Beirne, Global Marketing Director from Diageo commented, "Scotch is the world's favourite whisky. No other spirit can offer the same range of tastes, textures and flavours; made the same way for over five hundred years in distilleries small and large, the length and breadth of Scotland. The introduction of International Scotch Day shows our confidence in the vibrancy of Scotch.

Adding, “We are proud of the heritage, authenticity and quality of the category but we are also continuing the spirit of innovation and entrepreneurship by adding a new cultural moment and occasion to the calendar to continue to drive and evolve the future of Scotch whisky."

Scotch is the very pinnacle of cool - loved in every corner of the globe. It's made to be enjoyed any way you like it. In China, Scotch is often mixed with iced green tea; in the Caribbean it's served with coconut water; and in India they like it straight.

Official International Scotch Day celebrations are taking place all over the world, and fronting the proceedings is world renowned supermodel Coco Rocha and actress Freida Pinto.

In Kampala, the evening’s proceedings kicked off with welcome Scotch-based cocktails after which the guests were taken through a practical mentorship session on the different ways to enjoy Scotch.

Marcus Kwikiriza, the Reserve Brand Ambassador at Uganda Breweries Limited, who was dressed in traditional Scottish attire engaged guests in an interactive but informative session on how to identify what Scotch whisky suits them.

Juliana Kaggwa, the Marketing and Innovations Director at UBL noted that the diversity of Scotch offerings available at their company gives consumers the luxury to identify which whisky suits their palates.

“As we head into the ‘Love Week,’ you will find out that there is even a Scotch for that special Valentine’s Day treat. That is how cool Scotch is. It is made to be enjoyed with good company – whenever and wherever,” she explained.

Kaggwa also disclosed that the International Scotch Day celebration in Uganda was a pre-amble to the #LoveScotch festival that is slated to run for the next one month. Fifty (50) of Uganda’s leading bars will be celebrating the festival with a range of incredible Scotch cocktails that will be available throughout month.

In addition, there will be mouthwatering discounts at all participating outlets and retail stores on Scotch whisky. There will also be rewards for consumers purchasing Scotch; the biggest being a three months’ supply of Johnnie Walker Black Label. Other prizes include a private mentorship for five friends at the House of Walker that will include food pairing options. Johnnie Walker Gold Reserve will also be given away at select participating outlets.

The Scotch Brands that will be on offer during the #LoveScotch festival are; VAT 69, J&B, Singleton, Red Label, Black Label and Gold Reserve.

The evening’s proceedings were spiced up by performances from Myko Ouma and friends, backed up by a live band.

People can join the movement and get involved by using #LoveScotch and #InternationalScotchDay. For more information visit facebook.com/LoveofScotch

#LoveScotch celebrates all that gives Scotch its unique swagger and style, empowering people over the legal purchase age to express their passion, embolden existing ambassadors and inspire those who are new to whisky, creating a movement across the globe for people to share their love of the world's favourite whisky, made to be enjoyed whenever and wherever. International Scotch Day shines a spotlight on the Scotch Whisky category on a momentous day in the Scotch calendar, the birthday of Alexander Walker. He was the son of John 'Johnnie' Walker, and not only a pioneering blender, but was also responsible for introducing the famous Johnnie Walker square bottle and slanting label, now an icon for Scotch Whisky all over the world.

In honor of Scotland's gift to the world, Ugandans on Friday February 10, 2017 joined Scotch lovers world over to celebrate the inaugural International Scotch Day at Liquid Silk in Kampala.