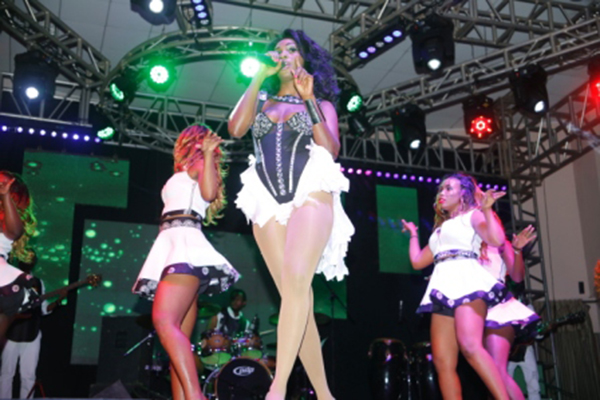 While the experience of watching dancehall diva, Cinderella Sanyu is surely a once-in-four-years opportunity, she wowed when she stepped onto the stage at Imperial Royale on Friday night for her long awaited ‘A Night With Cindy’ concert.

Popularly known as Cindy, the diva who was holding her second concert as a solo artiste since quitting all-girl band, Blu 3, caused lots of excitement from fans who had waited four years with anticipation.

Right after gates opened at 7pm, excited guests were treated to lots of luscious Uganda Waragi cocktails, with UBL’s specially trained mixologists on hand to deliver the greatest cocktail serves.

Cindy’s Band was on hand to give the guests a taste of what was coming. Excitement and ululations broke out as an eagerly-waiting audience rose to their feet while their favorite female artiste, Cindy made her way onto the stage to perform a few minutes after 10pm. And a worthy night she did give them, performing some of her most popular and memorable hit songs like Dilemma, Sanyu Lyange by her former girl band, Blu 3; and Ayokyayokya among others. Fans could be seen mouthing the lyrics for Time To Say Goodbye, a song that was written for her by Steve Jean way before her Blu 3 years.

In between intervals, television presenter, Deedan and MC Kats kept the crowd entertained alongside MC Mariachi who is famous for his comedy lines. Mariachi’s performance lasted well over 10 minutes but he had the entire audience in stitches all through. One of the other highlights of the show was the moment celebrated artiste and performer Eddy Kenzo took onto the stage to perform Mbilo Mbilo. This was an icing on an already delicious cake – he had the entire crowd showing off their best dance moves.

A Night With Cindy was a well-deserved show for the female dancehall star’s biggest and most devoted fans. The concert in all its greatness came to a close just before dawn. 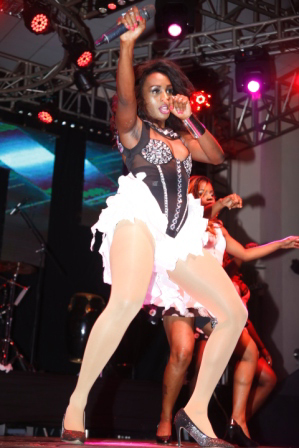 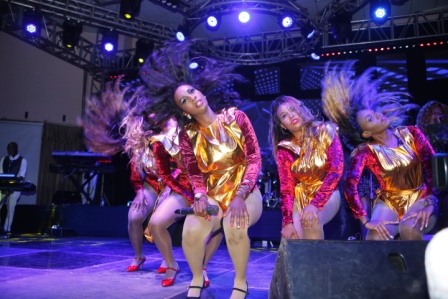 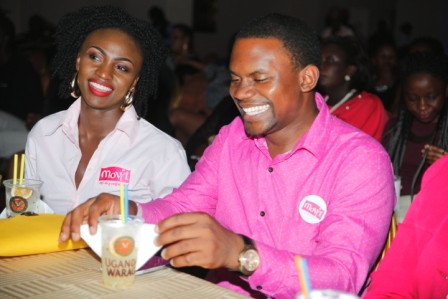 Cinderella Sanyu is surely a once-in-four-years opportunity, she wowed when she stepped onto the stage at Imperial Royale on Friday night for her long awaited ‘A Night With Cindy’ concert.