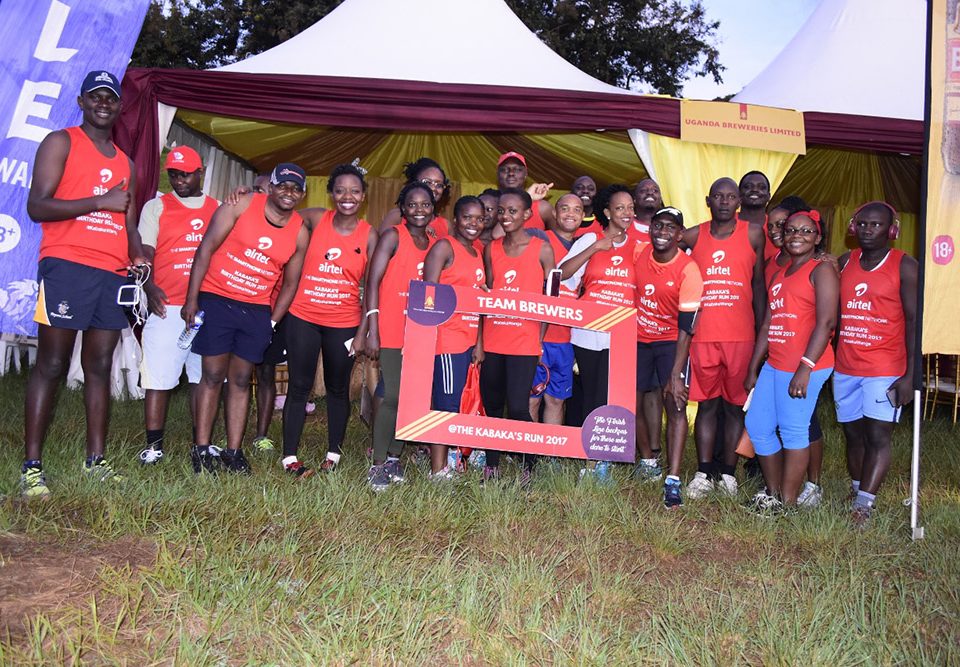 On Sunday, 9th April 2017, all roads were heading towards Lubiri- the Buganda kingdom Palace for the King’s Birthday annual charitable marathon.

In 2015 when the run was first held and the following year, proceeds were geared to the fistula victims. This time round, the proceeds will help patients of the sickle cell disease.

As a friend to the kingdom, and taking into consideration our partnership on Ngule beer, the Uganda breweries team led by the Managing Director showed up in might to support the cause and the kingdom.

Like for the previous editions, this year too witnessed thousands of participants as early as 5 a.m ready for the official flag off in the 5, 10 and 21km races.

From team brewers, the 5K race was led by Juliana Kagwa- the Marketing Director, the 10 by Mark Ocitti – the Managing Director and with 21K led by Alvin Mbugua- Finance Director.

All roads were heading towards Lubiri- the Buganda kingdom Palace for the King’s Birthday annual charitable marathon.