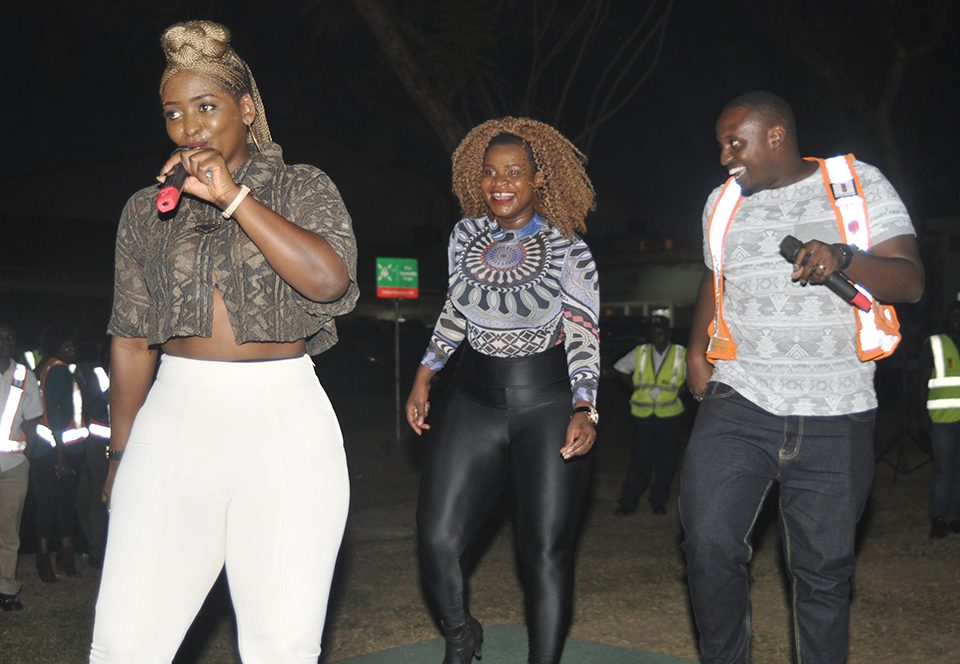 The staff of Uganda Breweries were on Friday treated to a beginning of year party that was headlined by songstress Winnie Nwagi. The most fancied babe in town thanks to her curves left many mesmerized by her massive performance and beautiful vocals.

As expected, she ensured that the crowd was on its feet, dancing and singing along as she charmed them with her tunes and dance moves. She performed all her hit songs like Magic, Katono tono, and Kano Koze among others. Her song “Musawo” got everyone on their feet. Some of the staff led by Roy Tumwizere joined her on stage and pulled moves amidst cheers from the rest of the crowd.

The second highlight of the evening was the Red Card booth which was stormed by staff who wanted to take a glimpse of the sexy red card scouts who were unveiled that night.

By the time the event concluded at 11pm, musical satisfaction was etched on virtually everyone’s face.

The staff of Uganda Breweries were on Friday treated to a beginning of year party that was headlined by songstress Winnie Nwagi.