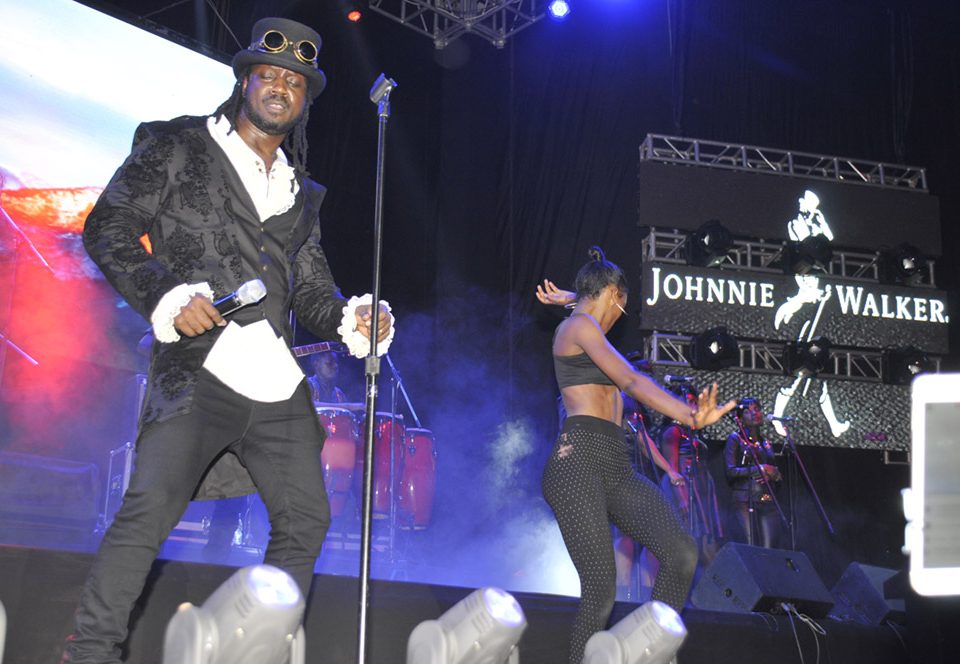 On the evening of Friday August 5, 2016, the Kampala Serena Hotel was a beehive of activity as fans, fellow artistes and friends of Moses Ssali aka Bebe Cool made their way to the Victoria Hall for the Life of Bebe Cool Concert.

The Johnnie Walker sponsored concert was the talk of the town for months preceding the event, as critics and fans alike voiced their opinions on how the occasion would turn out.

Come D-day, it was evident that this was not just a concert, but rather a compilation and celebration of Bebe Cool’s musical journey from the time he started out in the late 90s to date.

His fans came out in thousands; some had to seat on the stairway of the hall throughout the four-hour concert made possible by Johnnie Walker Black Label.

The VVIP tables that were sold out weeks to the event gave their occupants a rare chance for an intimate and in-depth interaction with Johnnie Walker’s brands.

Prior to the concert, the VVIP guests were treated to an exclusive mentorship session by Johnnie Walker’s Brand Ambassador, Marcus Kwikiriza. They were shown the diverse ways of enjoying their whisky. They also got to understand the rich history of Johnnie Walker’s brands.

Bebe Cool’s entrance was befitting of the show title; a short documentary about him, his music and fans. The documentary gave the audience a detailed look of Bebe Cool’s early struggles, then the achievements along the way and the successes he has gotten along the way. Separated into two parts, the documentary was met by cheers from an overly-excited audience.

Some of the memories from the documentary included being shot four times, then getting involved in a nasty accident that almost claimed both his and Zuena’s lives and surviving the 2010 bomb blasts at Kyadondo Rugby grounds.

The other highlight of the night was that two of Bebe Cool’s children; eldest son Allan Hendricks and daughter Beata Ssali got to perform for the enthusiastic audience.

Hendricks opened the night’s entertainment with ‘Omukwano’ while Beata did a medley of Adele’s Hello, Lukas Graham’s ‘7 Years’ and blew the roof off with Sinach’s ‘I Know Who I Am.’

President Museveni, who was to who had been scheduled to be the chief guest at the show sent his apologies through a video clip, thanking Bebe Cool's supporters for loving him. This pushed the revelers to near ecstasy as Bebe entered the final stretch of his show, with 'Ki ekigaanye' 'Coccidiosis’.

Bebe Cool performed all his song from the olden days to date. He also shared the stage fellow musicians Catherine Kusasire, Chizzo, Myco Chris, Myco Ouma and Miss Patty Monroe from South Africa. The night’s highlight was his performance of Kabulengane at a few minutes to 1am.

The Johnnie Walker sponsored concert was the talk of the town for months preceding the event, as critics and fans alike voiced their opinions on how the occasion would turn out.