Competition is heating up in the ongoing Black Bell Olympics as campus teams strive to outwit each other.

The inter-university duels and rivalry is pushing the creativity index of the teams to the maximum as showcased during the recent beer Olympics fete held on Friday November 10, 2017 at Makerere University’s Freedom Square.

At the end of the night, the Kampala International University (KIU) team was in seventh heaven after humbling MUK at their own turf, moreover during the crowing of the Face of their university.

The Kansanga based students held their nerves or in this case mugs of beer with some steady conviction to overcome the home team that was buoyed by an enthusiastic crowd.

Feeling outplayed, the MUK team claimed that they may have been distracted by the beauty queens who were strutting the catwalk, a few yards away from the play area. The KIU team on the other hand concentrated on what had brought them to this ‘unfriendly’ ground. They concentrated on knocking out MUK’s and also hit all their targets during the shooting game.

“We just gave them a friendly welcome. You know how we at MUK are taught good manners; it is not good to humiliate your guests,” is all Wabugoya Gerald, a member of MUK’s team could mutter.

Prior to meeting a hard wall in KIU, the MUK team had made light work of their Makerere University Business School (MUBS) counterparts 5-0 in a game of beer checkers.

The table currently has KIU in the lead with 40 points, five ahead of their closest rivals Kyambogo University. MUK seats in third place, 10 points adrift of the table toppers. MUBS with a measly five points sits in last place, trailing UCU who have managed 25 points. If this was a relegation battle, MUBS would have already booked a place in the lower leagues; but then again, you have to play by your rules!

The games played at the fete include Beer Checkers, Beer pong and take the shot which were recently introduced by Black Bell in Uganda. The most exciting thing about the Beer Olympics is that one gets to play by their own rules.

Beer pong has become a favourite drinking game of shots. It is just like table tennis, but with no rackets. All the teams have to do is bounce a ping pong ball across a table and into a mug of beer at the other end. Every shot that drops into the mug is consumed by the team that took that shot.

Beer checkers is like the ordinary game of checkers, but with beer mugs. In the shooting challenge game, participants take turns shooting at the board. Every target that falls, means points.

Paul Rwandekeye, the Innovations Manager at Uganda Breweries Limited says that the games aim at bringing together campus students to not only compete but also share ideas as well as make new friends.

“Black Bell is all about giving consumers the chance to play by their own rules and that’s why even the Beer Olympics games have no specific rules. The winning team from this competition will get a ballistic party where more interesting activities will be unveiled,” he explained.

The games also happen at various bars and venues in and around town, including Game, Trends, Pool Nest, Comrades, Casablanca and Vegas, among others. 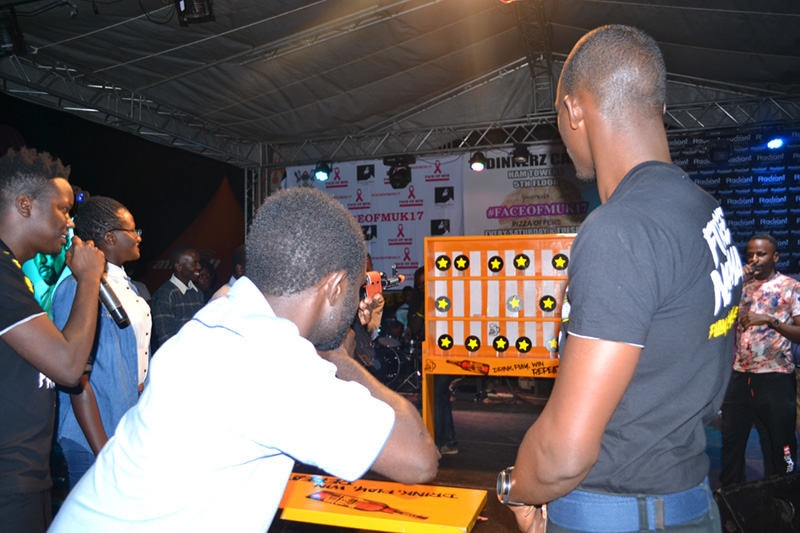 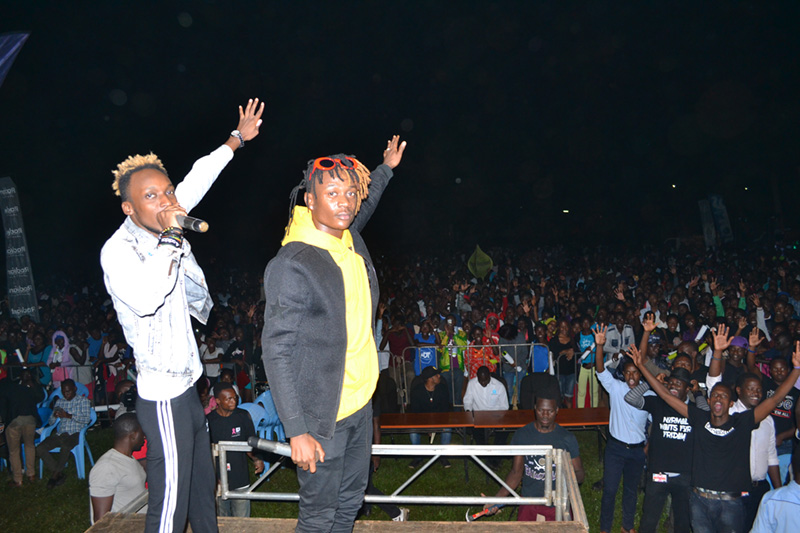 Competition is heating up in the ongoing Black Bell Olympics as campus teams strive to outwit each other.