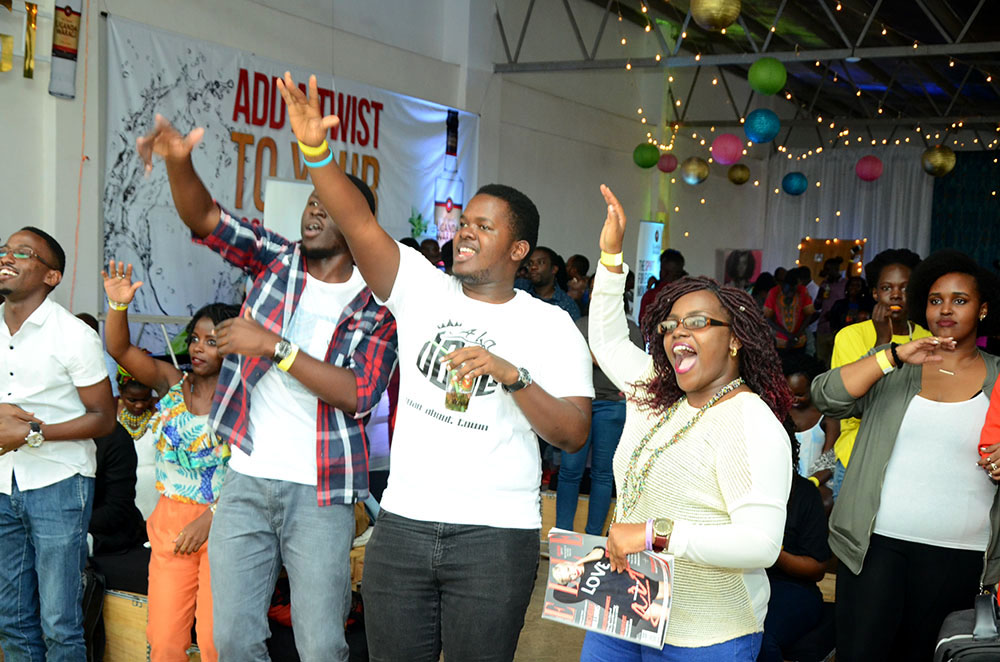 A Ka Dope, a monthly event that was born out of the need to give less conventional, undiscovered Ugandan artists a platform to showcase their talent was held this weekend. The fete was this time stretched from a one evening affair to a two day long miniature celebration of the arts.

This edition featured contemporary arts, soul music, dance, poetry performances, food, fun and a Writivism 2017 art exhibition. The event was the true definition of an afro dance party. The line-up featured performances from 30 Ugandan artists, bringing a new twist to the event that usually showcases one artist per edition. Performances kicked off as early as 11 a.m. at the Square in Industrial Area.

The music performances were collabos where artists performed in pairs fusing together various genres like rap, soul, pop, traditional folk and many more. In total, there were 12 fusions.

Some of the performances that got the audience on their feet were Kenneth Mugabi & Shiffah Musisi performing Naki, Essie and Ruyonga who hit the crowd with Tutusse, Haka Mukiga and Akello who performed the Kikiga Dance, Solome Basuuta and Lagum; and Sandra Suubi and Truth performing Kajanjalo. The pairing up of female and male artists across genres added new flair to popular songs.

Key attractions for the crowd were Uganda Waragi cocktails made by mixologists with lots of flair that included bottle flipping and flaring. The cocktails were given crafty and interesting names to fit in with the ‘dope’ theme. These included the Muyenga Sunrise, UG Sawa Sawa and UG Co-wife 1 and 2. There was also a food court with stalls from Holy Crepe, Tamarai and Brood. Tamarai’s pork wrap (a Ugandan rolex with pork bits) had the crowd flocking to their stall.

The line-up featured regular interludes with performances from A Ka Dope Band led by Izaya and Friends and live mixes by DJ Kas Baby and DJ Chapat at the turntables.

The event hosts were actress and model, Kemiyondo Coutinho and XFM’s Siima Sabiiti who both lit up the crowd with their interesting banter drawn from their adoration of movie star, Idris Elba.

The audience was colorful, enthusiastic and was very engaged with the performances. According to organizer, Kemiyondo, this season will feature two more A Ka Dope Fridays in August and September. This event is definitely one to watch if you are an arts lover. 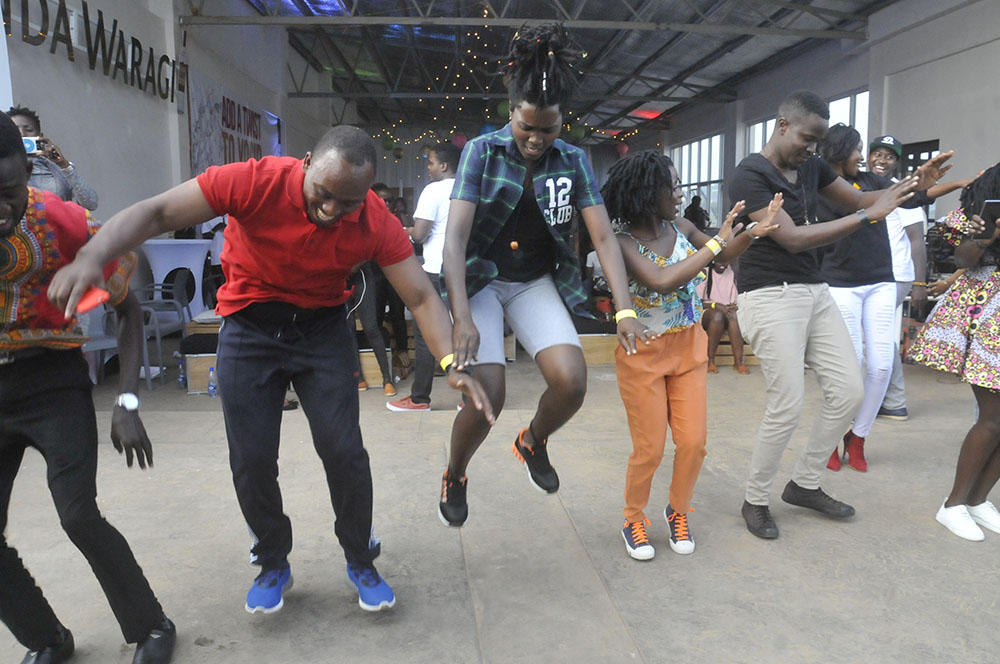 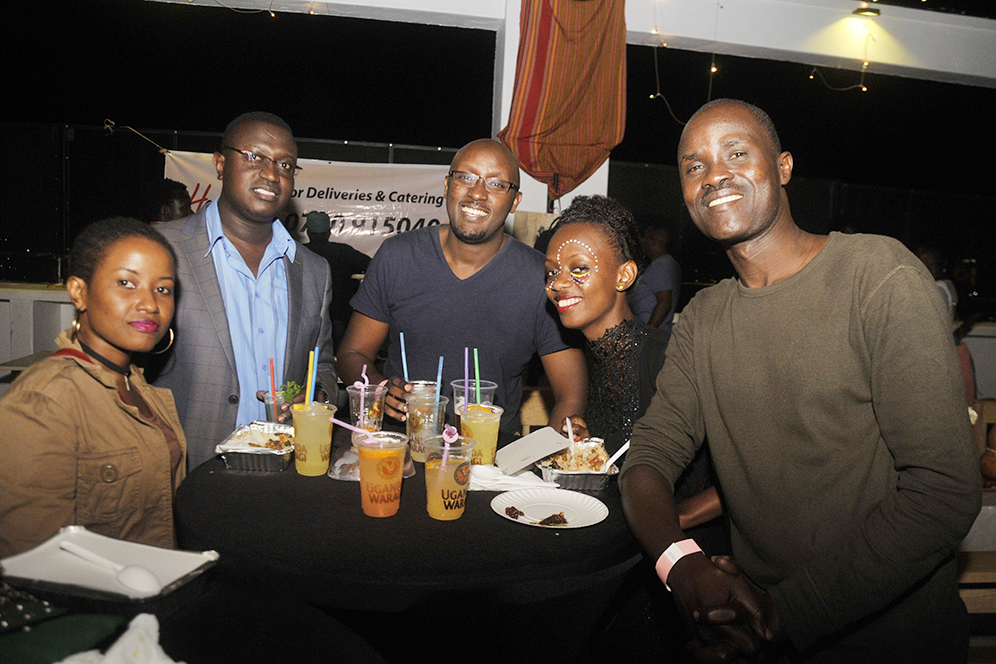 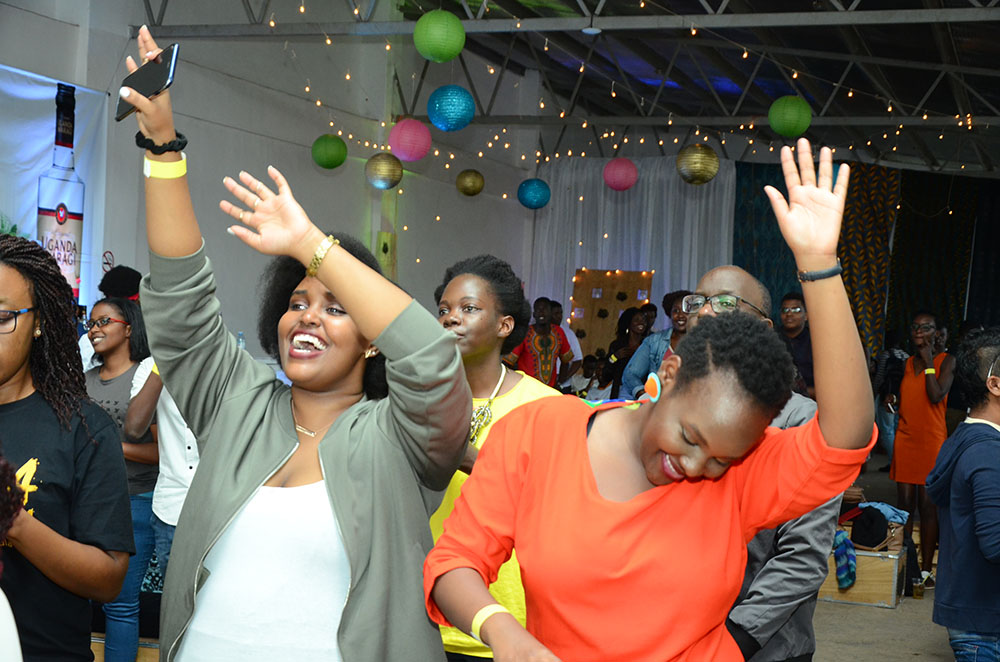 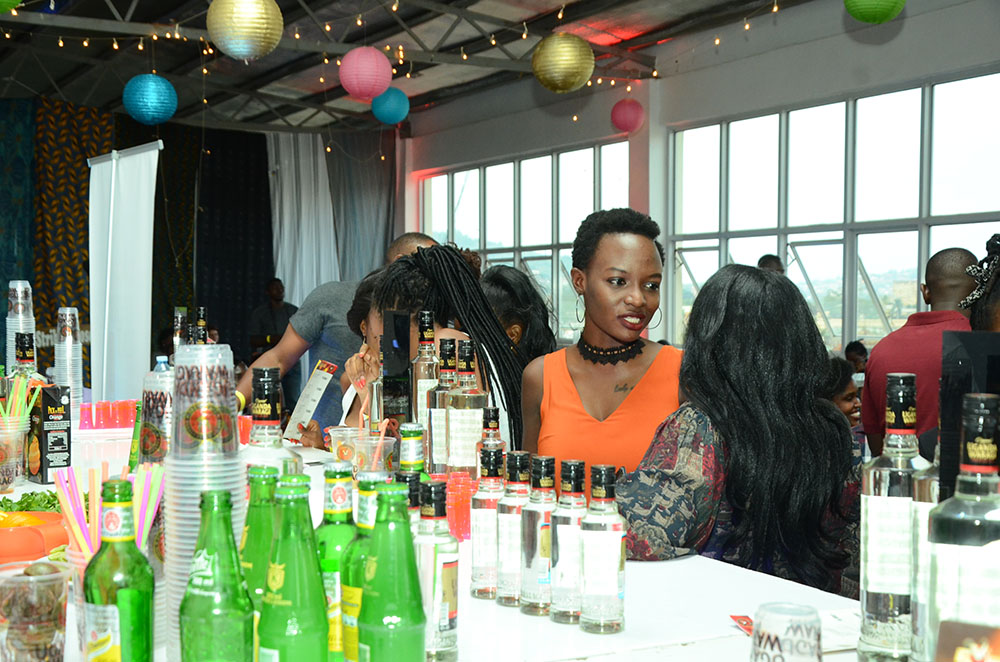 A Ka Dope, a monthly event that was born out of the need to give less conventional, undiscovered Ugandan artists a platform to showcase their talent was held this weekend.