The Pilsner Super 8 Football Tournament season returns this month and it is scheduled to run from 24th July to 24th August 2019 prior to the start of the Uganda Premier League that is scheduled to kick off on 31st August.

The top 6 Premier League clubs and the top 2 Big League clubs from last season will be battling it out for the first trophy of the season in a new competition format that will see teams play 3 games each and be ranked from first to eighth position at the end of the tournament.

Prize money has also been more than doubled from UGX 30 million last season to UGX 68 million this season awarded according to the teams position at the end of the tournament. The winning team will walk away with UGX 20 million, the Runner Up UGX 12 million, the third place UGX 10 million and the fourth position UGX 8 million. The fifth to eighth ranked teams will get UGX 6 million, UGX 5 million, UGX 4 million and UGX 3 million respectively.

“Uganda has just returned from a successful Africa Cup of Nations Tournament where the team progressed to the knockout stage for the first team since 1978. This improvement is partly due to support such as this for tournaments such as this. The more tournaments we have the more players improve and the more prize money that we have the more competitive the game is. I thank Pilsner Lager for continuing their sponsorship of the Pilsner Super 8 and look forward to an exciting kick-off to our local football season,” said Mr Rogers Byamukama the FUFA Marketing Committee Chairman.

For Uganda Breweries Limited, the Marketing Manager-Beer Estella Muzito said that the sponsorship is one of the ways that Pilsner Lager is engaging its consumers by providing them with an exciting experience in line with its own revitalized look and feel.

“Football as we all know is Uganda’s biggest sport and Uganda Breweries is proud to be a part of the growth of local football through this sponsorship. Pilsner Lager already sponsors the Player and Coach Awards in the Uganda Premier League and through this Pilsner Super 8 we are continuing our support of the game,” Estella said

The Pilsner Super 8 kicks off the football season with an exciting and competitive tournament ahead that will enable clubs test each other as they prepare for local and continental action. 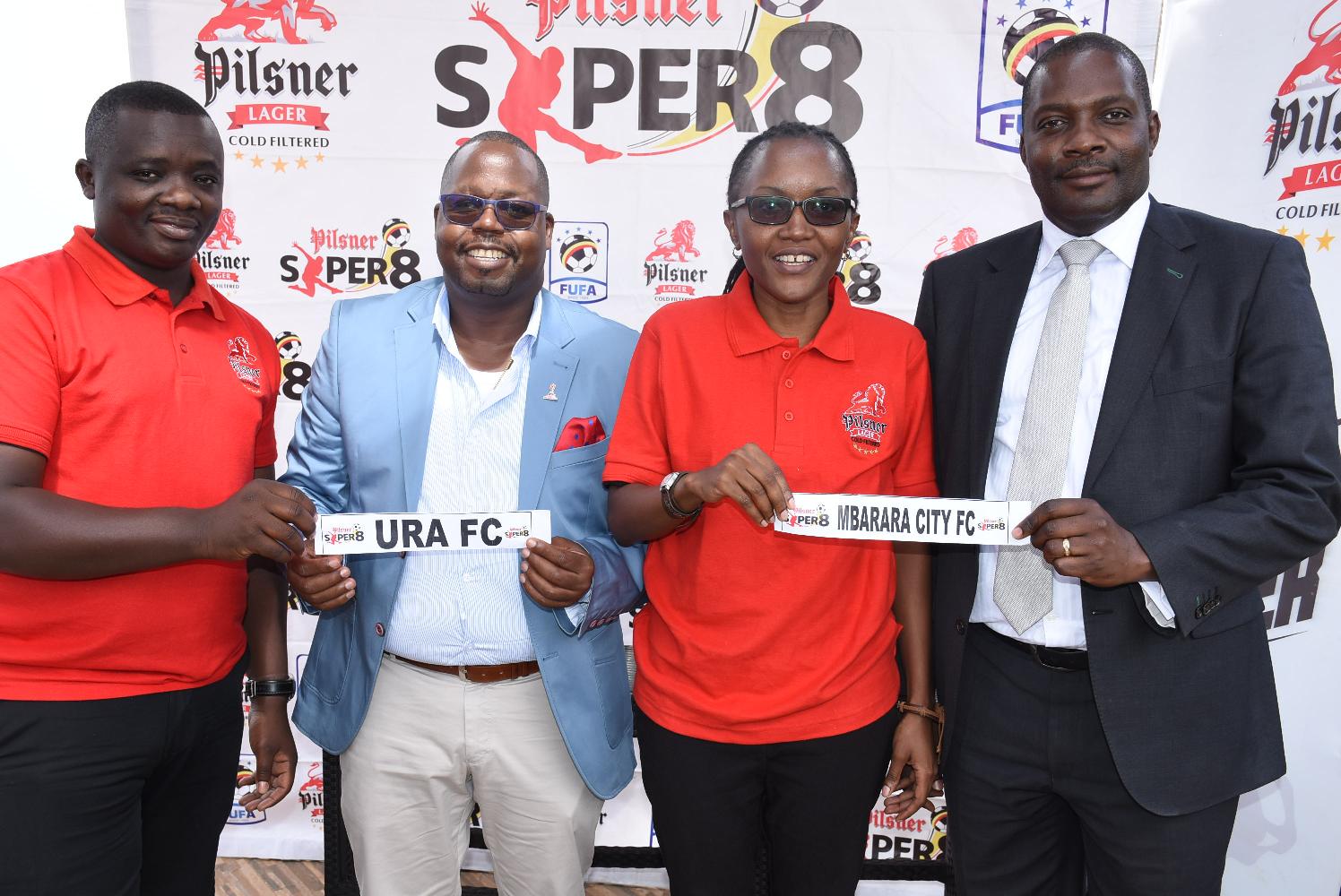