The Uganda Comedy industry is fast growing and Jinja is the latest town to catch on the growing comedy hype following Kampala.

The Eid comedy show that was powered by Uganda Waragi pineapple left Laftas filled beyond capacity on Friday. It was one of those almost glitch free events. The lighting and sound system was on point, time keeping and organisation at its best and the comedians lined up did their homework.

The excited audience sat through hours of wide ranging jokes touching on subjects like politics, sex, lifestyle, religion, tribes and other recent affairs like Abiriga’s death.

Comedian Salvado left the crowd in tears with his impression of how the different tribes would perform if they were put incharge of running the soon to be revived Uganda airlines. How with the batooro incharge almost every flight would be delayed due to their slow approachof doing things and how there would be a lot of theft if the baganda were in charge.

Jinja comedy fans also had the chance to sample the newly introduced Uganda Waragi pineapple flavour as every reveler that walked in was treated to free shots of the spirit of Uganda.

The night was crowned off by Fik Fameica who served a musical showcase that left everyone in the audience yearning for more. 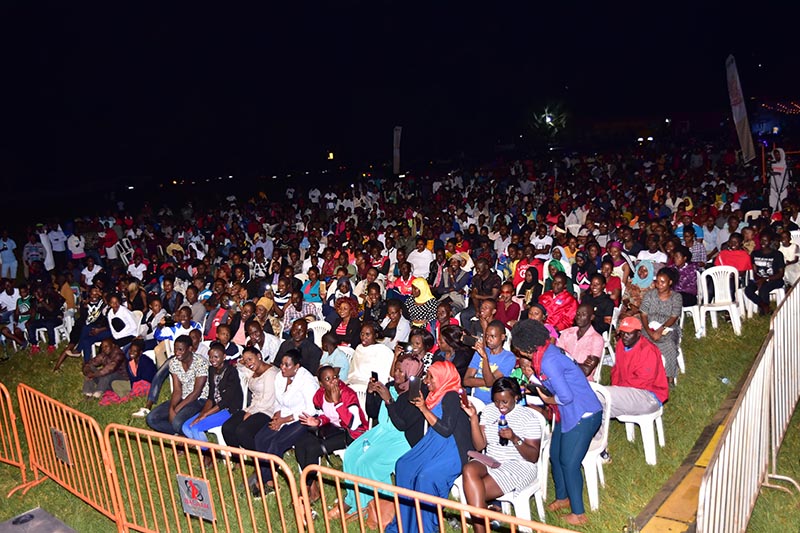 The Uganda Comedy industry is fast growing and Jinja is the latest town to catch on the growing comedy hype following Kampala.