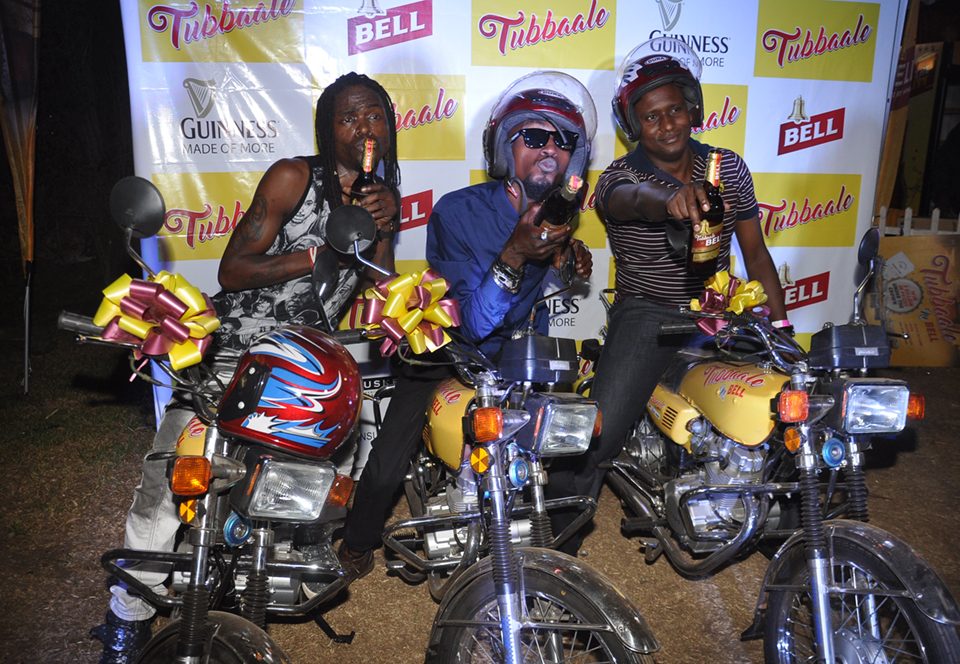 Uganda Breweries Limited (UBL) hosted a celebration at Agip Motel Gardens in Mbarara as part of the ongoing Tubbaale promotion. The promotion, which is all about bringing people together to celebrate life, boasted of top Ugandan music acts; The Goodlyfe Crew comprised of Radio and Weasel and MUN G, in addition to other musical talents.

The festival was well attended with people still pouring through the gates by the time the Goodlyfe Crew took to the stage at 10.30 p.m. Radio and Weasel put up an energetic performance for almost an hour, singing all their favorite hit songs like Bread and Butter, Talk and Talk, Ngenda Mu Maaso, Nyambura and so many more. The crew was finally joined by MUN G to perform their hit song, Kankunganye, before leaving the stage to the renowned rapper.

Tubbaale, which will run for two months (August and September) features beer brands; Bell Lager, Tusker Malt Lager and Guinness. To participate, customers can buy any of these three beers, check under the crown for a unique code which should then be sent via text message to 6050. UBL mentioned that they had staked big prizes worth UGX 3 billion. These include plots of land in Kampala, vans, motor bikes, flat screen TVs, airtime and so much more.

At the end of the night, a raffle was conducted by Radio, Weasel and Mun G from which 3 winners of motor bikes and 4 winners of flat screen TVs emerged.

Speaking at the event, Juliana Kagwa, UBL’s Marketing Director said,”I cannot thank the people of Mbarara enough for sparing their evening to come celebrate with us. As UBL celebrates its 70 year anniversary, we are going around spreading cheer to our customers who have stood with us through the years. Tubbaale is part of this celebration.”

Uganda Breweries Limited (UBL) hosted a celebration at Agip Motel Gardens in Mbarara as part of the ongoing Tubbaale promotion.