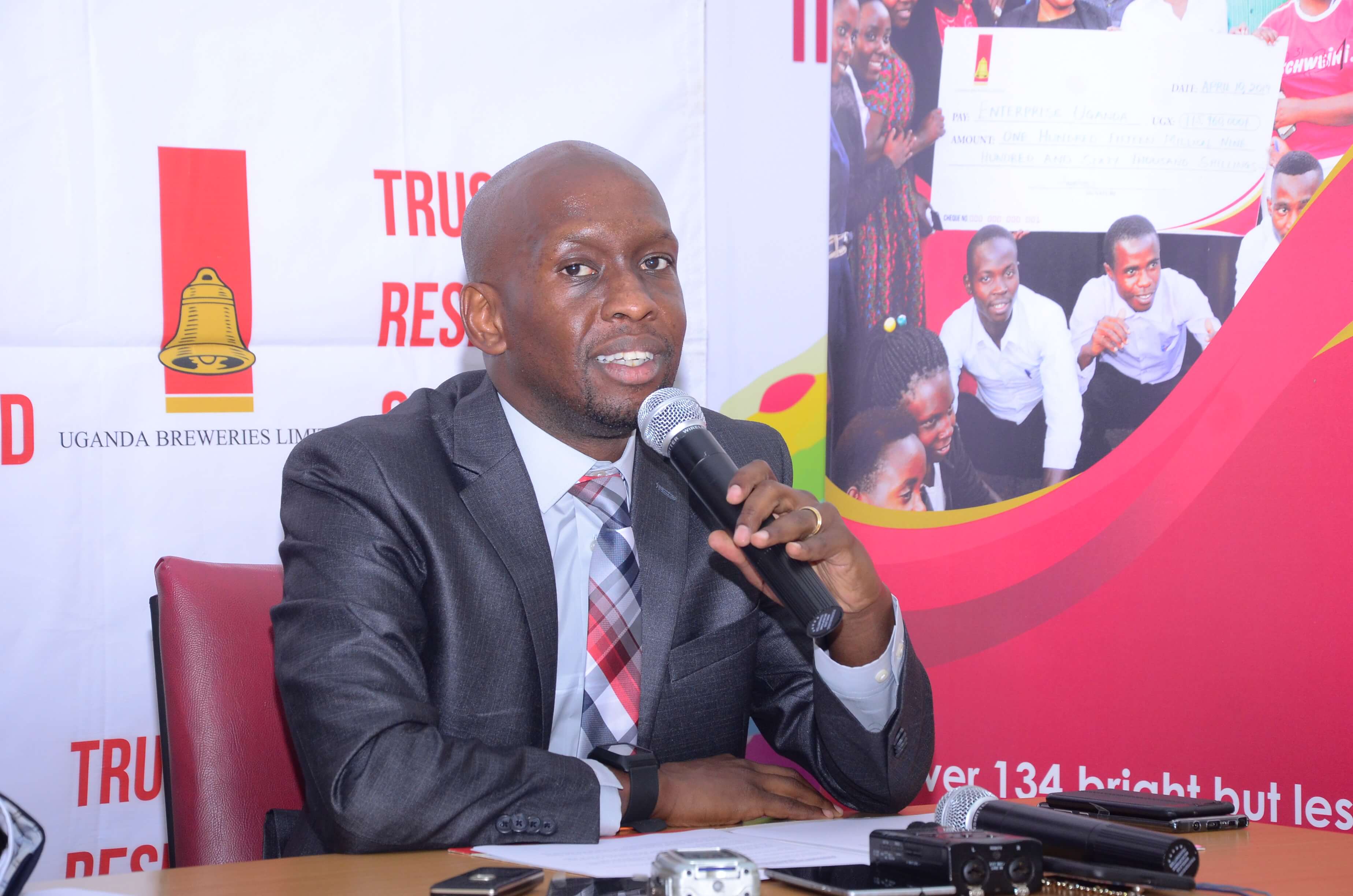 On July 11, 2019, the Chairman of the Board, Uganda Breweries Limited (UBL) announced a change in leadership under which Alvin M. Mbugua took over as Managing Director.  He replaced Mark Ocitti P’Ongom, who has served as Managing Director since 1st August 2016.

A seasoned commercial professional, Mbugua joined East African Breweries Limited (EABL) in May 2013 as the Group Finance Controller before transitioning to Uganda as Finance and Strategy Director in October 2015. Prior to his new appointment, Mbugua was Head of Sales of the biggest Sales division in Kenya Breweries Limited (KBL), a role that he has held for the last 17 months. Mbugua was also recognized as 2017 Chief Finance Officer of the Year and took home the Strategy Execution Award at the Annual CFO Awards organized by the Association of Chartered and Certified Accountants (ACCA) and Deloitte Uganda.

Commenting on the appointment, Japheth Katto, UBL Board Chairman said, “Uganda is not a new market for him, having previously served as the company’s Finance Director for almost 4 years. His strategic leadership and focus should sustain the unprecedented growth achieved under Mark’s successful tenure.”

Mbugua possesses a wealth of experience, having held senior roles in various sectors including oil and gas, logistics and fast-moving consumer goods (FMCG). He holds a Bachelor’s Degree in Geospatial Engineering and Master of Commerce Degree in Development Finance. He’s also a certified member of the Association of Chartered and Certified Accountants (ACCA).

Mbugua takes over from outgoing MD, Mark Ocitti who has completed his three-year tenure. Ocitti is credited for the improved business performance at Uganda Breweries Limited by delivering important margin expansion growth. Under his stewardship, UBL has realized great milestones including, capacity expansion to increase production capacity, resounding business growth, impactful community projects in education, sanitation and alcohol in society and a spirited, empowered staff.

“Mr. Ocitti, as many of you will know, was the first Ugandan Managing Director we have had in over a decade and thinking about how he has led the business should give us pride as a nation. Mark leaves us to start a new leadership journey in Tanzania as the Managing Director for Serengeti Breweries Limited, which is also a member of the East African Breweries Group. He joins another great individual, Mr. Baker Magunda as the second Ugandan Managing Director within the Diageo family working on the African continent, outside their home market and I congratulate him on this great achievement”.

Uganda Breweries Limited (UBL) announced a change in leadership under which Alvin M. Mbugua took over as Managing Director.