Ahead of women’s day, Uganda Breweries Limited (UBL) under their responsible drinking Red Card initiative, has rolled out a responsible drinking campaign spearheaded by women and aimed at reducing drunk-driving traffic fatalities and general alcohol abuse in society by people who do not choose to enjoy alcohol responsibly.

The campaign, Dubbed “Girls against Drunk Driving.” seeks to leverage the proverbial “soft power” or “feminine strength” that women wield over men to encourage them to adopt responsible behavior when consuming alcohol so as not to over drink or when they have had one too many, to choose an alternate means of transport, say a cab instead of getting behind the wheel and risking death.

Speaking during the launch of the campaign at The Lawns, Kololo, Uganda Breweries Corporate Relations and Legal Director Charity Kiyemba said, “We have decided to use women to lead this campaign as they are mostly affected by drunk driving incidences. This month as we celebrate women, we are asking them to come out and strongly have their voices heard on the issue of Drunk Driving. As victims, we women need to make it our responsibility to ensure that our husbands, spouses, boyfriends, friends, brothers, sons etc, do not fall victim to drunk Driving.”

At the launch, UBL announced three female ambassadors; Crystal Newman, Siima Sabiti and Flavia Tumusiime that will champion this campaign.

“We have had an opportunity to engage with each of our ambassadors personally and are confident we picked the right ones. Flavia doubles as a Designated Driver for her friends on many occasions, and both Siima and Crystal have personal Drunk driving incidents that they will be sharing down the line, that we believe will resonate with many people out there.” Said Charity of the decision to work with these ambassadors.

Uganda Breweries Limited has for the last 5 years been running the Red Card campaign to inform, sensitize and engage consumers about the dangers of alcohol misuse.

According to a research by Research World International Limited Red Card campaigns have achieved tremendous success in changing people’s attitudes and raised awareness on Responsible Drinking. 81% of people aware about the Red Card campaign confirmed that the campaign messaging has brought about a positive change in their social behavior with regard to alcohol consumption.

With this campaign, we call upon the millions of wives, girlfriends, mothers, grandmothers, fiancés, work mates out there to join us and fight against drunk driving and other dangers of alcohol abuse. 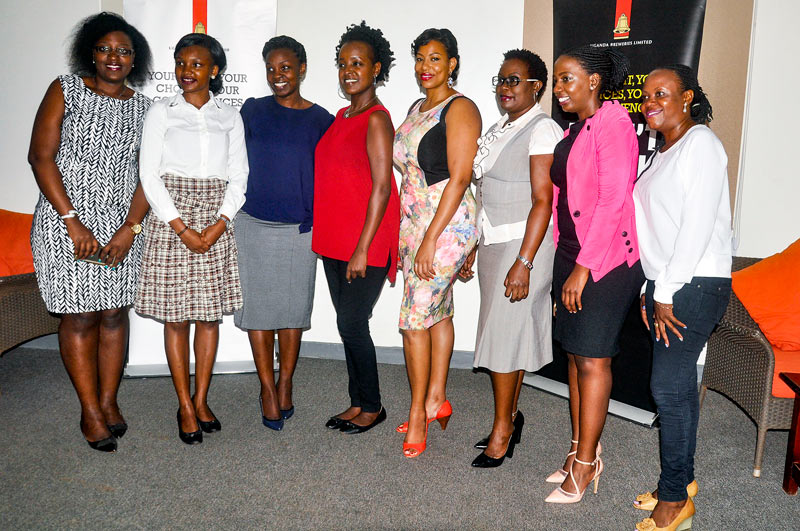 Uganda Breweries Limited (UBL) under their responsible drinking Red Card initiative, has rolled out a responsible drinking campaign spearheaded by women and aimed at reducing drunk-driving traffic fatalities and general alcohol abuse in society by people who do not choose to enjoy alcohol responsibly.