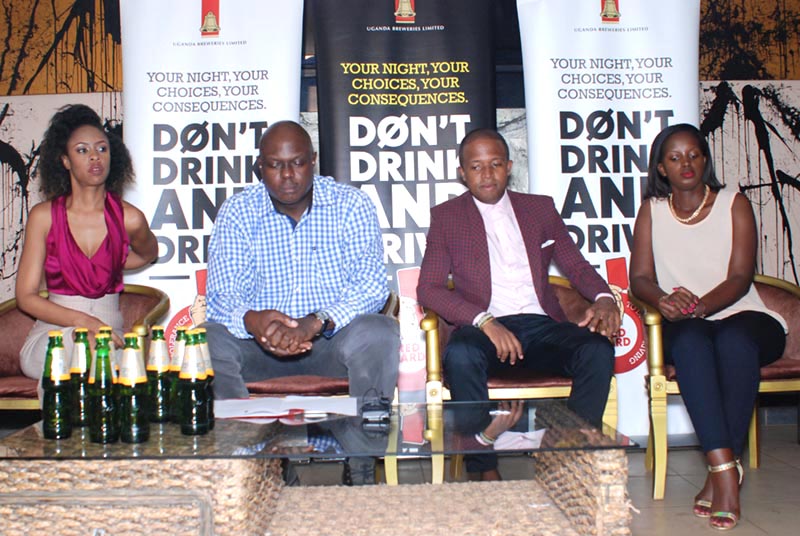 Uganda Breweries Limited (UBL) has unveiled new ambassadors for their “Designated Driver campaign” under their responsible drinking initiative, Red Card. The campaign is aimed at reducing road accidents brought about by motorists who drive under the influence of alcohol.

Speaking at the unveiling ceremony that was held at Panamera Bar and Restaurant, Mark Ocitti the Managing Director, Uganda Breweries Limited said, “We have appointed these ambassadors to be the faces of the designated driver campaign because they appeal and communicate better with our target audience, persons between 18 and 35 years of age. They have also, in one way or another been affected by drunk driving incidences which makes them important players in the fight against drunk driving.”

UBL has been running the Red Card campaign for over 5 years to inform, sensitize and engage consumers about the dangers of alcohol misuse. The campaign has previously had ambassadors like Charles Masembe, the legendary referee and musician Irene Ntale.

“The designated driver theme that we are taking on this year is aimed at influencing behavior change and call upon people to declare themselves as designated drivers to their friends or fellow partiers after a night out. We are saying, if you are going out and enjoying yourself especially over the holidays, don't turn your night into a nightmare. Leave the car at home and, if you can't use public transport, designate a non-drinking driver.” Ocitti said.

The research conducted among 282 people to measure the impact of the responsible drinking communication in Uganda showed that 81% percent of the respondents who said that they are aware of the Red Card campaign confirmed that the campaign messaging has brought about a positive change in their social behavior with regard to alcohol consumption. 70% of these respondents attributed the change to the “Don’t drink & drive” messaging. 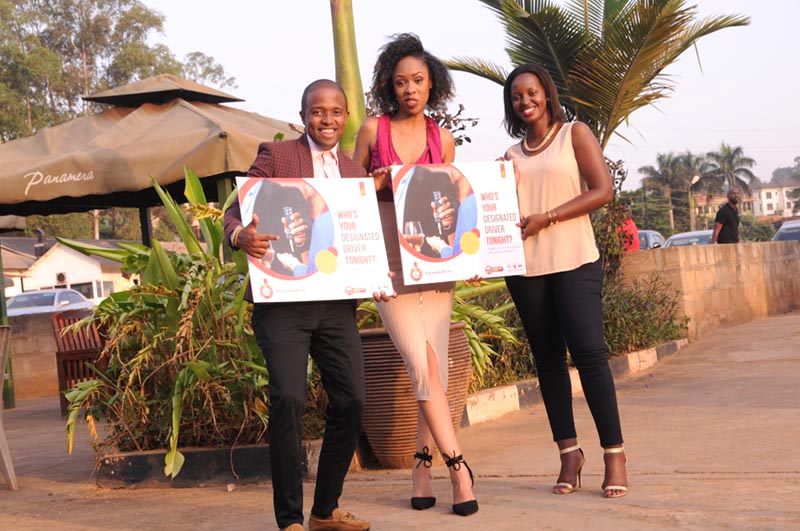